MUMBAI: It's known to all that most Indian rely a lot on the Indian TV soap operas for their leisure-time entertainment through these show's individual popularity and their TRP rating. Most of these shows follow generic plots that entertain mainly the adults and the aged.

However, the country's youth, including little children and teens are more hooked to foreign networks and animated channels for deriving their share of entertainment through relatable content of choice (either through cartoons, action dramas, teen shows and sitcoms). The shift in the trend of channel viewership from Indian to foreign channels has been observed mostly in millennials and onwards.

This situational shift posed a threat for most Hindi and regional channels with no scope of future continuity. Hence, popular Hindi networks, especially those that aim to entertain the audience with family-friendly creative content (like SAB TV) launched their own sets of shows with fictional super-hero-like characters as the show's leads, to attract the youth into watching locally-created hype-intensifying shows like Baal Veer, Hero - Gayab Mode On and others. The main plot of these youth-centric series is local adaptations of foreign action dramas like MCU series and movies that use HD graphics, VFX and other special effects to keep the TG (kids and youth-teens) hooked.

Earlier in the '80s, '90s as well as in the early '00s, Indian entertainment channels had extensively focussed on the showcasing of popular Indian superhero-based fictional shows like Shaktiman, Captain Vyom, Hatim and others, displaying plots primarily focussing on adventures, actions and occasional romance.

After taking a hiatus from the Indian small-screen, looks like new shows of these sorts are making a revolutionary comeback with a fresh and young cast, talent, explicit visual effects and exceptional costume adaptation, to suit the choices of the present-day youth (Z-generation), who are growing up by watching Hollywood live-action movies of both DC and Marvelverse.

Also Read: Must Read! Vivek Dahiya says it's DIFFICULT for a guy to prove his VERSATILITY on the small screen

Talking about the costumes of the present-day Indian superheroes, designers are opting for more of informals, elaborated western casuals and elaborated period wears, as per the show's temporal theme.

Sci-fi action shows are adopting more of the former types mentioned above to make the situation futuristically appealing, while shows based on classic period action dramas (like Hatim), which are getting their TV reboot are sticking to the old-fashioned warrior garments, that enhance body contours, muscles like biceps, flashboard abs, 6-8 packs etc. as the newly-introduced twist to it. Furthermore, unnecessary old-school beautification accessories like jewelleries, gems, feathers, etc. are being excluded for a more naturalistic appeal.

Now, without any further ado, let's take a look at the Indian super-hero looks of both the young and adult talented telly actors who have entertained the country's massive youth population at the national level with their international-style performances. 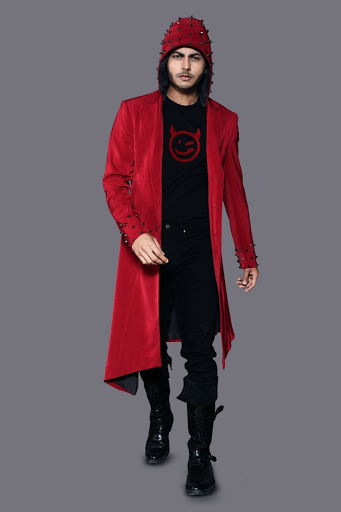 Abhishek's outfit for Hero - Gayab Mode On, wherein he portrays the character of Veer, has been visibly greatly influenced by Hollywood-standard superhero outfits, especially with that red hooded-coat which is embellished along the hood and the sleeves and that completely black ensemble under the hood, from neck to toe. Those black boots are also worthy of a special mention. 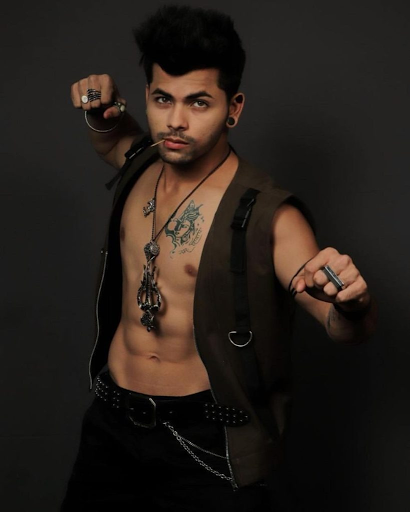 In the same show, telly actor Siddharth Nigam (Abhishek's real-life brother and Dhoom 3 fame) plays the role of Shivaay, a 1000-year-old angel who looks like a young lad, an ardent devotee of Lord Shiva and Veer's trainer. His look is quite fascinating as a young prophet, with a well-chiselled and tattooed bare-body and partially covers it with a sleeveless jacket. To keep the look contemporary, he wears full-length black pants with waist chains. The most striking feature of his entire look is that heavy trident locket that's supported with a black thread, as a sign of him being Lord Shiva's ardent devotee. 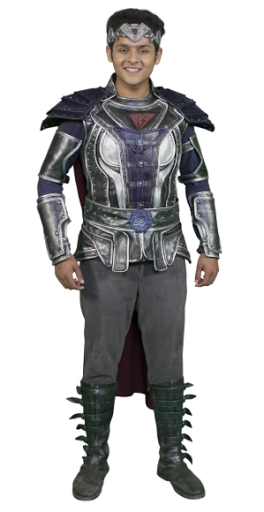 Dev has been winning a million youth's heart by portraying the characters of both a young and adult Bal Veer throughout his showbiz career so far, in the titular show Baal Veer. As a kid, his garment was all about loose robes and a heavy side-cape in maroon. However, as a heavy-duty adult hero of the present day, we can observe how his outfit has undergone careful and elaborate detailing with a metallic finish. Yes, his upper garment looks like a sci-fi styled full-sleeved tailored armour with velvet pants and strapped leather boots below. His look depicts that of a present-day contemporary warrior who can withstand heavy attacks. Dev's look as an adult Baal Veer has a pretty futuristic appeal. 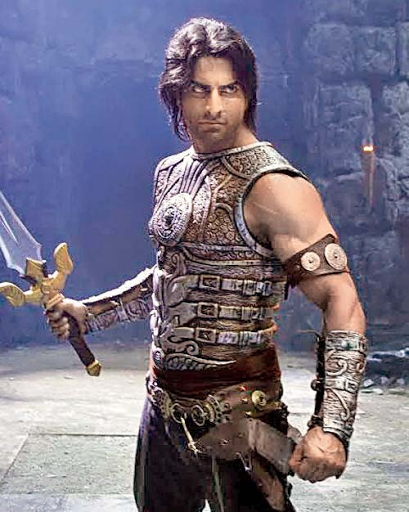 He portrayed the role of the famous historic warrior Hatim in Life Ok's The Adventures of Hatim, which was supposed to be a reboot of the OG show named Hatim that aired on Star Plus. Now, comparing Rahil Azam's Hatim-look to that of Rajbir's, the drastic contemporary changes are clearly visible with a detailed emphasis being laid on the structure and design of the body armour. This time, the armour seriously looks pretty historic with those detailed grooves and rusty approach, which stays the same for his armlets as well. To give the adventurer appeal, a tattered leather belt with an attached side-pouch has also been provided with baggy khaki pants and leather boots. His most important possession, the mighty sword is embellished with gold along the handle to signify warrior-royalty. The most striking feature of Rajbir's Hatim's complete ensemble is that blue-coloured stone that's embedded right at the chest's centre of his armour. 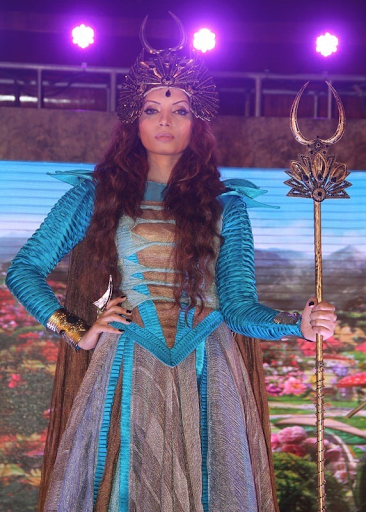 Lastly, the only iconic on-screen evil female fictitious character of Baal Veer's first instalment named Dari Pari, who portrayed sheer evilness on-screen. She was seen hindering Baal Veer's efforts as the show's real vamp. Her costume's style was mostly that of a witch's, with dull-coloured gowns made of coarse fabrics, broad oxidised-golden bracelets, an elaborate headgear (like a helmet-crown) with a loose gem hanging from it on the forehead. Her wand also looks devilish with those two loose sharp and edgy horns at the top. She was an iconic villain of the former Baal Veer series.

Also Read: CONGRATS! Positive Thinkerz’ Mitu gets the cast and crew together of Bade Achhe Lagte Hain to pay tribute on the 10th anniversary of the show

Top Stories
Classy! Rakul Preet Singh Looks Chic in THESE Outfits
MUMBAI: Rakul Preet Singh, who is the talk of the town for her 4 back to back releases this year - Runway 34,...
Gorgeous! Nikita Dutta Looks Class Apart
MUMBAI: Nikita Dutta, who is famous for her roles in various movies and TV shows like Ek Duje Ke Vaaste, Haasil and...
Uff! Shweta Tiwari Makes our Hearts Skip a Beat
MUMBAI: Shweta Tiwari, who is known for a roles in various TV serials like Kasautii Zindagi Kay, Begusarai and...
Beautiful! Trisha Krishnan Looks Graceful in These Traditional Outfits
MUMBAI:Trisha Krishnan, who primarily works in Tamil and Telugu films looks dreamy and elegant in the posts she...
Exclusive! Jhalak Dikhhla Jaa contestant Paras Kalnawat’s favourite dialogue is inspiring
MUMBAI: Paras Kalnawat has been making news frequently ever since he walked out of Anupamaa. He was quite appreciated...
EXCLUSIVE! Digital creator to an actor, Vishnu Kaushal talks about his character on Lionsgate Plays’s Feels Like Home season 2; says “I never thought I would be an actor”
MUMBAI: Vishnu Kaushal is a social media sensation. He plays various characters in his videos. His fan club is called...
RECENT STORIES

How Did Priyanka Chopra And Nick Jonas Met?