Mumbai, 02 February 2018: The controversial and successful 11th edition of Bigg Boss is still buzzing despite ending days before. The season made contestants like Vikas Gupta, Shilpa Shinde, Arshi Khan popular faces in Indian living rooms. Well. something fishy occurred today. The legendary actor Amitabh Bachchan started following the famous contestants of Bigg Boss 11. Interestingly, the actor was also the presenter of season 3 of this controversial show.

The iconic actor following them on Twitter itself is news but it is also quite strange. However, what is fishier is that Mr. Bachchan’s Twitter is not just following these contestants but also their fan clubs, and mind you, not just one fan club but many. That’s quite peculiar right?

Keeping in mind the gravity of his stardom, even if Mr. Bachchan is a fan of these Bigg Boss contestants, following their 5-6 fan clubs is quite strange.

Meanwhile this is how the contestants reacted.

Even if the account is hacked or the follow button got pressed by mistake It's a dream come true for all of us @SrBachchan is following pic.twitter.com/Qp12oMa0UY

Waking up to a moment like this. The legend : An actor you’ve grown up, looking up to @SrBachchan, knows me & is following me on @Twitter. #Lifemade. Thank you so much Sir.

Well, we think it’s quite possible that the actor's account is hacked, which is very usual among celebrities. 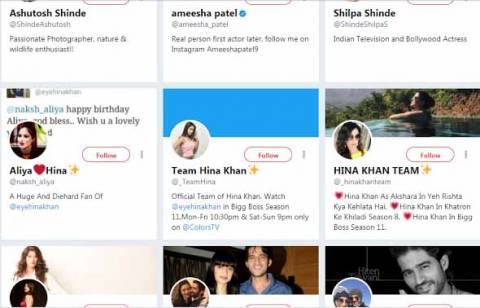 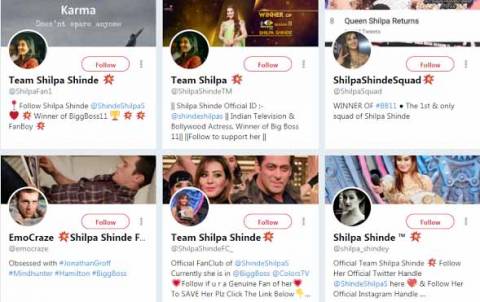 What do you think about Amitabh Bachchan?

What do you have to say about this? Share this article with your BB squad to keep them updated.

Top Stories
Yeh Rishta Kya Kehlata Hai: Major Twist! Manjari turns rebel against Harshvardhan
MUMBAI: TellyChakkar is back with yet another update from the telly world. Yeh Rishta Kya Kehlata Hai has become the...
Shocking! This is what Fardeen Khan had said about Kareena Kapoor's b*tt
MUMBAI: Koffee with Karan is a Bollywood chat show. The biggies of the industry grace it and interact with the host...
Nasirr Khan’s The Last Audition has his actual footage of him being rejected!
MUMBAI : Actor-director Nasirr Khan’s short film "The Last Audition" means a lot to him as there is an intriguing...
Kumkum Bhagya: Oh No! Sahana warns Prachi that her reputation is on the line
MUMBAI: Kumkum Bhagya has frequently managed to gain the top position from the time of its inception, all thanks to the...
Surprising! From Rupali Ganguly to Tejasswi Prakash, check out the first salaries of your favourite TV stars
MUMBAI: Tejasswi Prakash is ruling the television with her killer performance in Ekta Kapoor’s Naagin 6 while Bigg Boss...
Kabhi Kabhi Ittefaq Se: Shocking! Anubhav hates Gungun as she gets bravery award
Mumbai: In Star Plus' popular show Kabhi Kabhi Ittefaq Sey, the audience is soon going to witness some high-voltage...
Recent Stories

Shocking! This is what Fardeen Khan had said about Kareena Kapoor's b*tt
Latest Video