Veteran Bollywood actress Neetu Kapoor celebrates her birthday. She welcomed her Birthday on Wednesday evening over dinner with family members. After the pre-Birthday dinner, Neetu Kapoor’s daughter Riddhima Kapoor Sahni made a post and wished her mom on her special day. She shared a cute snap with mom Neetu Kapoor and her brother, actor Ranbir Kapoor. Riddhima captioned the picture as “Birthday dinner”. Taking to her Instagram stories, Riddhima Kapoor Sahni shared other pictures from her mom’s pre-Birthday dinner and gave her followers a glimpse of the fun-filled celebrations and birthday updates.

Meanwhile, Riddhima also posted an adorable selfie with Kapoor sisters- Kareena and Karisma. She tagged her cousins in the post. Taking to her Instagram stories, Riddhima even shared a picture of Karisma’s daughter Samaira and her daughter Samara. The girls were seen giving each other a warm hug. One of many photos shared by Riddhima featured her ‘favourite girls’. The picture saw Riddhima, Kareena, Karisma, Alia, Anisa, Shaheen, Samaira, and Samara flashing smiles for the camera.

On some working note, Neetu Kapoor has the film Jug Jugg Jeeyo in the pipeline. She will star with Anil Kapoor, Varun Dhawan, and Kiara Advani. 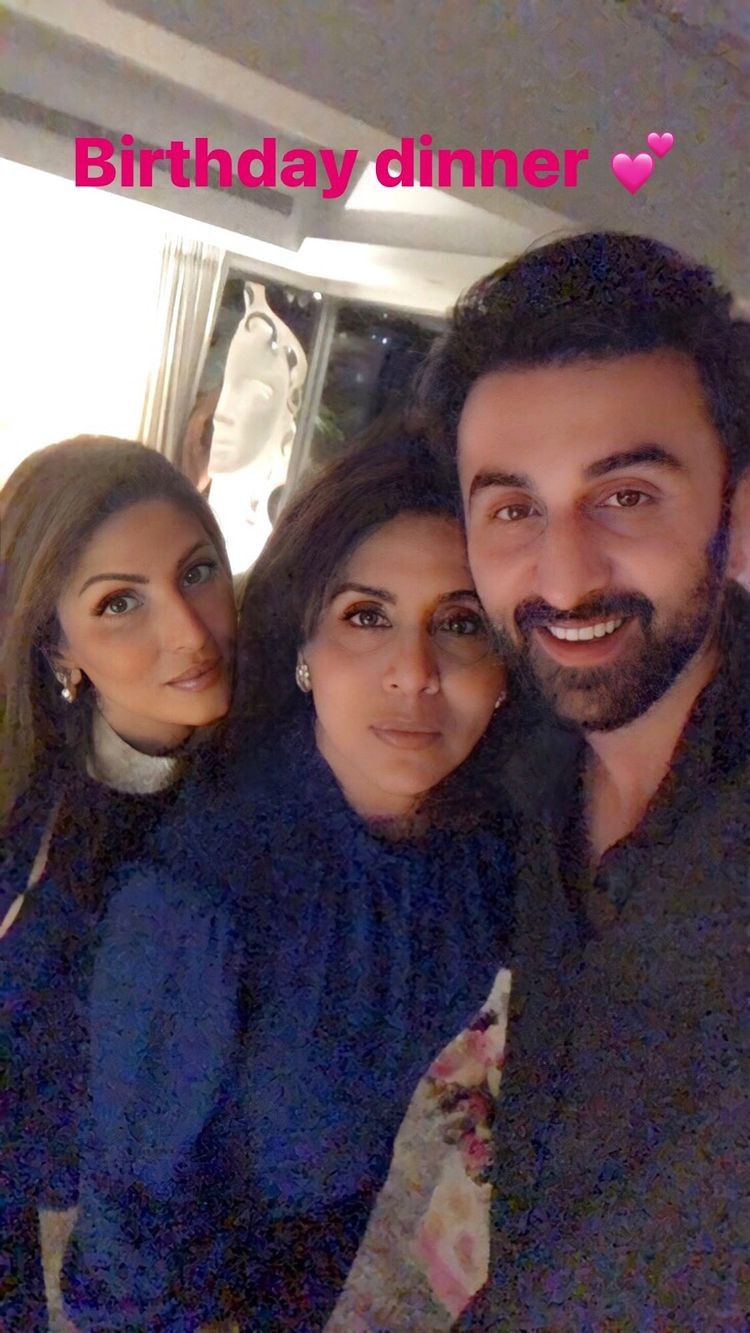 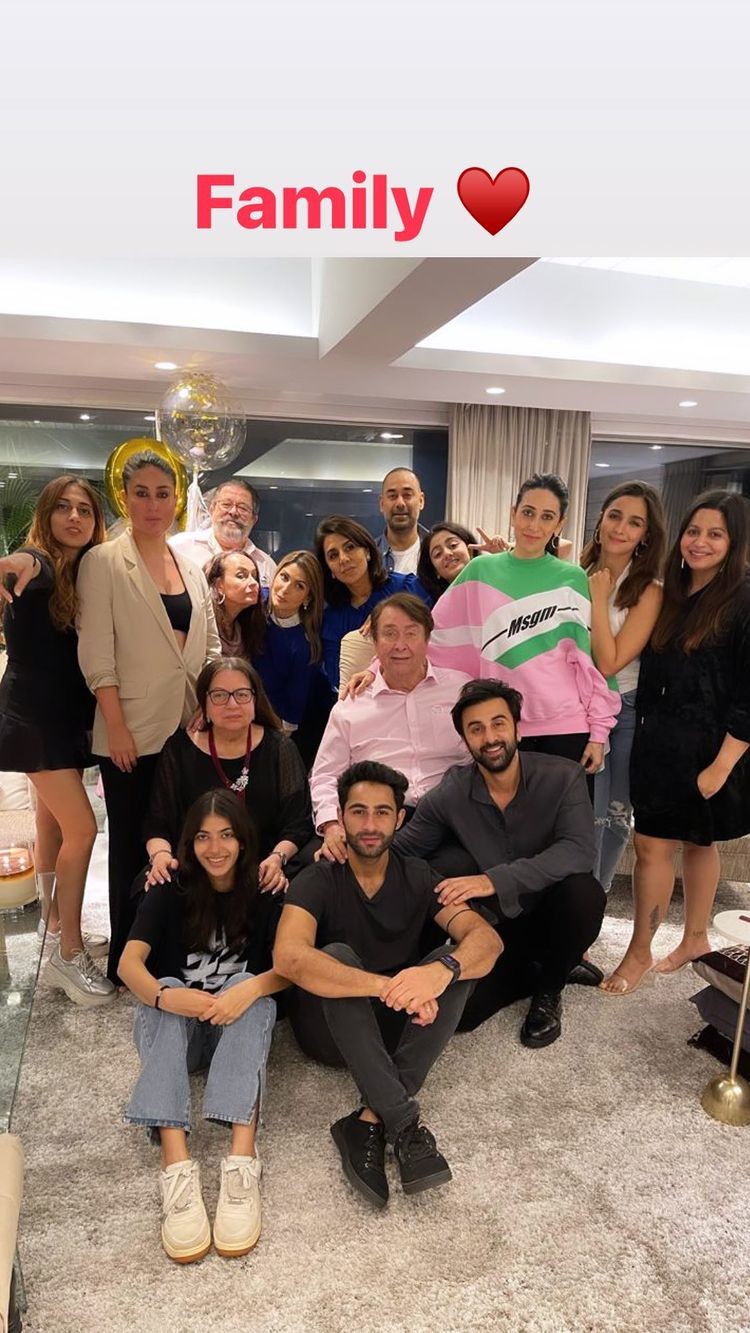 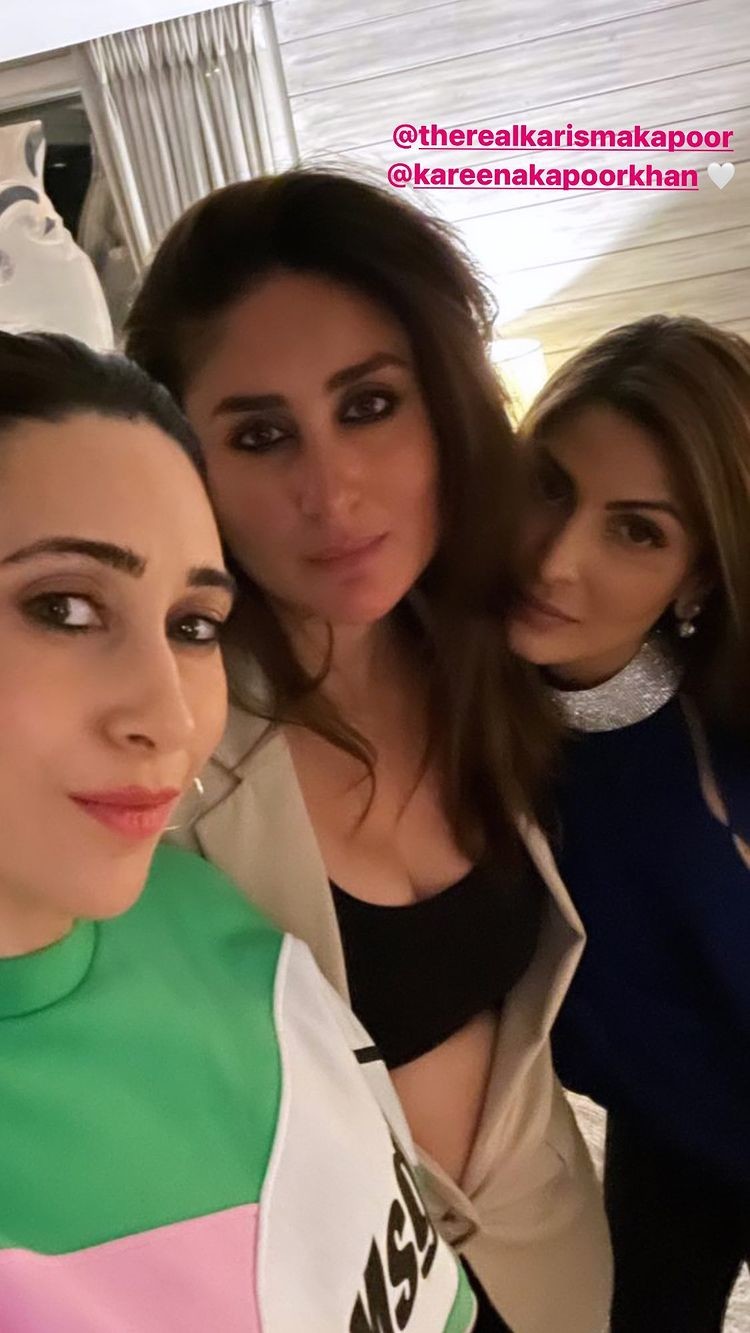