It was a Tellychakkar.com exclusive in the month of September about acclaimed industry figure Jyoti Gupta debuting as producer with a show on Zee TV.

We had written about his company Silver Ivory Productions coming up with a show on Zee TV, tentatively titled Hum Hai Queens. Bharvi Shah, the noted Creative Director who helmed the popular show Kyunki Saas Bhi Kabhi Bahu Thi, will be the Creative Producer on the show. 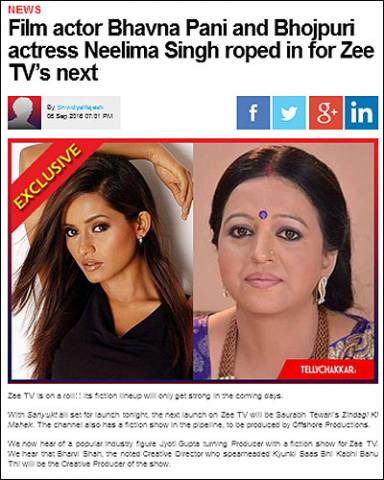 The latest on this show is that instead of getting launched on Zee TV, the above-mentioned finite series will now see dawn on the other Zee Networks channel, &TV.

As per credible sources, “The concept and theme of the show went into a detailed research routine post which it has been decided that the show will be launched on & instead of Zee TV.”

As we know, Hum Hai Queens will be the tale of five friends, who even after getting into a juggernaut of being married will share a close bonding. The story will have an element of intrigue too, with all of them having a hidden dark past in their lives.

We buzzed the concerned actors for a comment, but received no reply.

When contacted, producer Jyoti Gupta dropped us a reply stating, “It is too early to talk about the show at this time.”

And now to the most important point of the time slot the show will occupy!!

Rumour mills have been rife about Hum Hai Queens occupying the 8 PM time slot on &TV, from the last week of November. And the buzz is pretty strong about Tere Bin, which currently airs at 8pm, going off air. Tere Bin stars Gaurav Khanna, Shefali Sharma and Khushboo Tawde in lead roles. 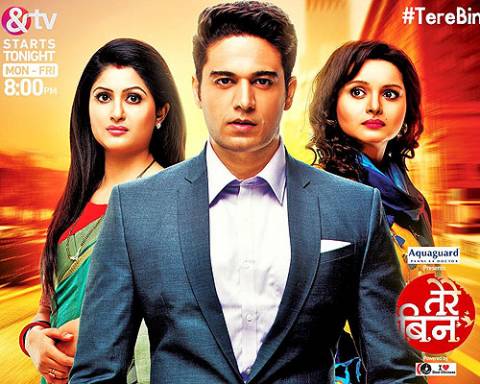 When contacted, Gaurav Khanna and Shefali rubbished the buzz saying, “We are hearing these rumours for long now. But we are shooting as usual.”

We called producer Naresh Borde (Tere Bin), but he was busy and asked us to call later.

We buzzed the channel spokesperson on the launch of Hum Hai Queens and on the probable ending of Tere Bin, but did not get any revert till the time of filing the story.

Watch this space for more updates.