And that’s a wrap…the conference is over. Thanks a lot for being with us. We will soon update exclusive interviews of the cast. Keep reading Tellychakkar.com 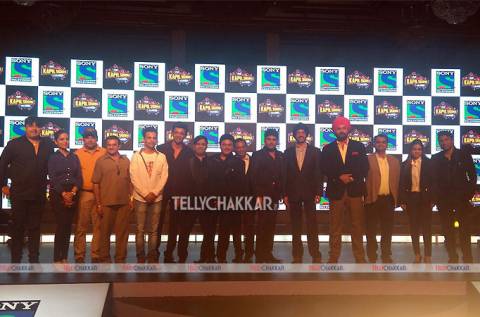 The cool cast of The Kapil Sharma Show 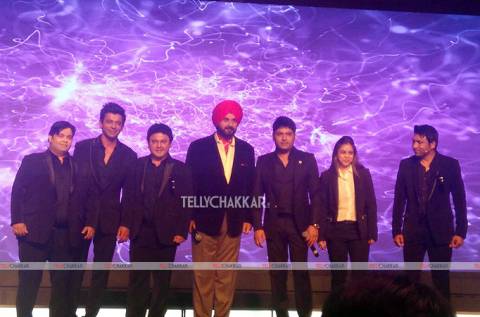 #Flashback: This is when Tellychakkar.com interviewed Kapil during the launch of Comedy Nights with Kapil on Colors 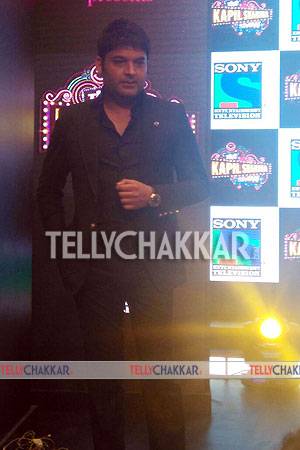 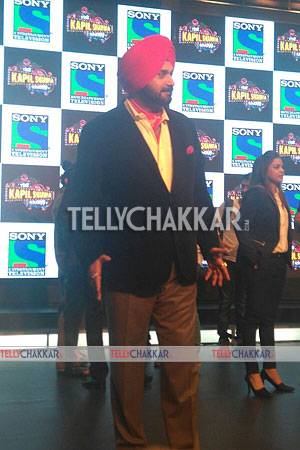 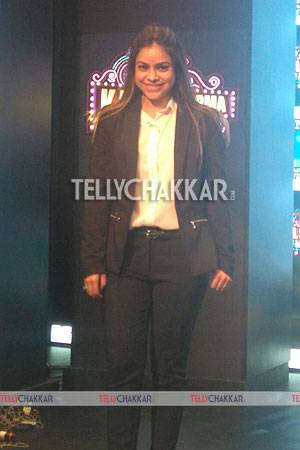 Kiku is in his funny elements 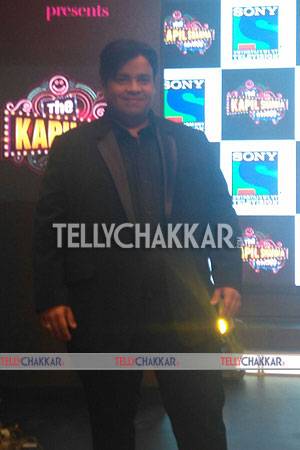 Sugandha Mishra smiles for the camera 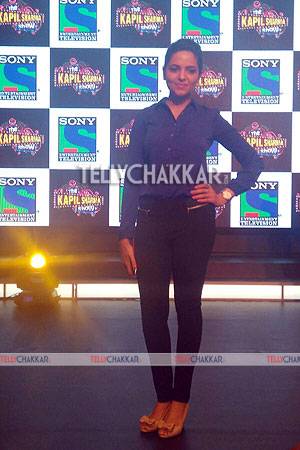 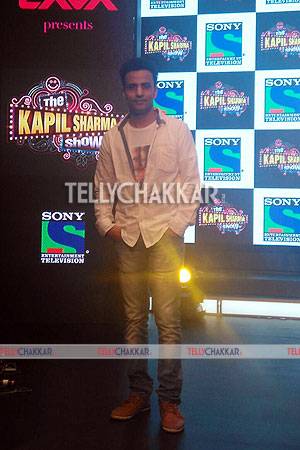 Three women: Dadi, Gutthi and Palak are responsible for my SUCCESS!!!- Kapil Sharma 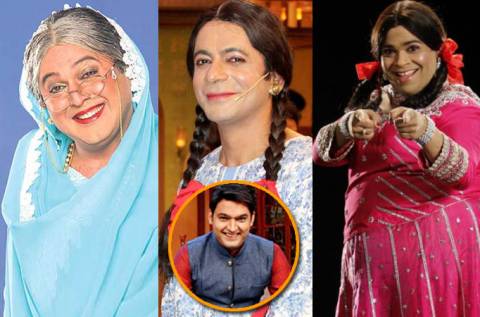 A live show in Delhi will be the launch episode and Kapil will host an episode with media people and their families!!! 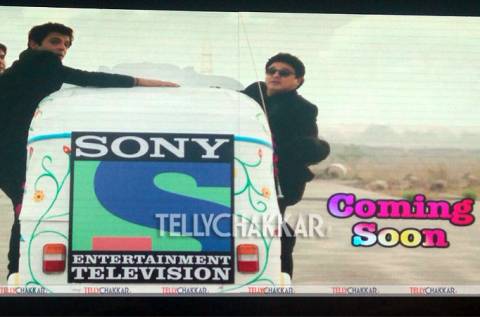 2.00 PM: Kapil agrees that he is a brand, when asked why shows are named after him. He says his job is to spread laughter not take digs at people. He thanks his team for all the good work. He also mentions that everyone, not Preeti alone (Preeti Simoes), is reason for his success.

Fun Moment: One female media journalist compliments Kapil on losing weight. He asks for her number. HILARIOUS!!! He also sings a song on stage. 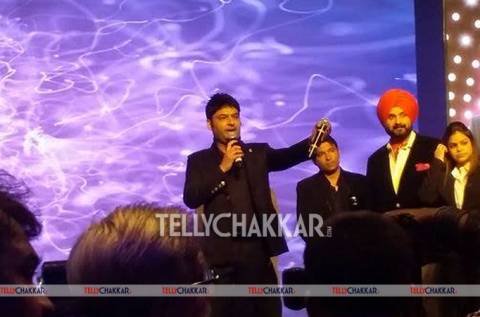 1. 52 PM: NP Singh: “We are hopeful that audience will bounce back. During our market research people used to ask Kapil wala show kabka ayega…thus the name of the show. Timeslot will appeal to the audience. All big shows launch at 9pm.” Danish Khan too joins the chatter with the media

1. 48 PM: Kapil speaks on rival Krushna Abhishek “I did watch Comedy Nights Live. I will focus on my show than others. Talking about black suits, we wanted to look rich. We will create better and lovable characters than Dadi, Gutthi and Palak. Concept will be different with quality.” 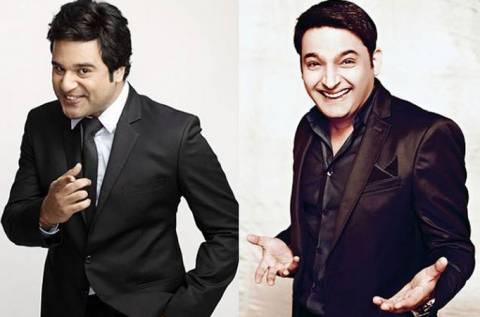 1. 40 PM: The funny man jokes: “Ali and Kiku’s wife are happy that they won’t wear a nighty and sit at home. Actually, Bollywood celebs forced us to get back with our show.” 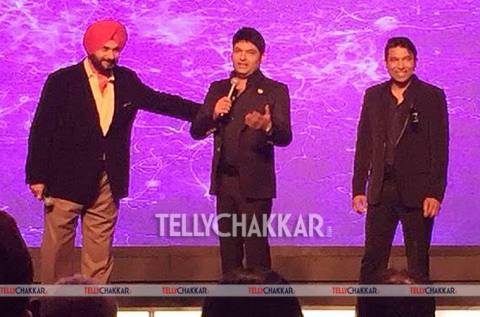 1. 32 PM: Kapil opens up on controversy with Colors. Says, “Colors ke sath choda nahi but zindagi move on karti hai. We had some differences. Everyone changes. Upasana Singh had her choice...so she didn’t come on board. She also had contract issues. Everything happens for good. Keep a right attitude and carry on the good work.” 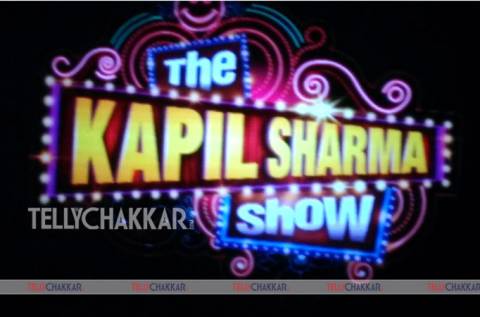 1. 22 PM: “Thanks NP Sir for giving refuge to refugees. Kiku is comedy krantikari. Sunil is the man. Ali is feeling light having removed lot of things from his body.”

Kapil in his own inimitable style asks media, “How do you feel after coming out of JNU?” 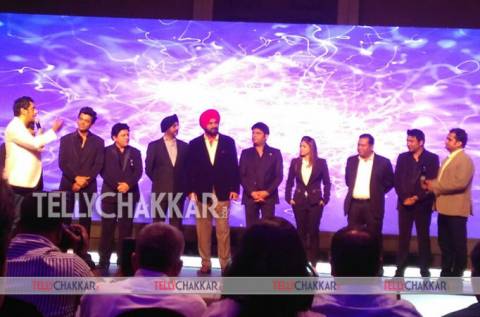 1. 21 PM: Kapil talking to the media. He begins by sharing that he is happy to be back on Sony TV.

1. 05 PM: MSM CEO NP Singh on stage: “Sony pe raunak vapas aa jayegi. With Kapil we will get closer to the audience. He will visit different cities. Families will be asked to upload videos and whoever will win will meet Kapil.” 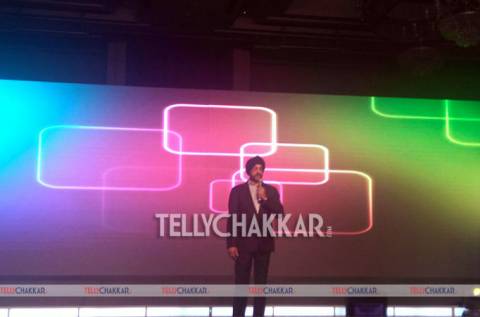 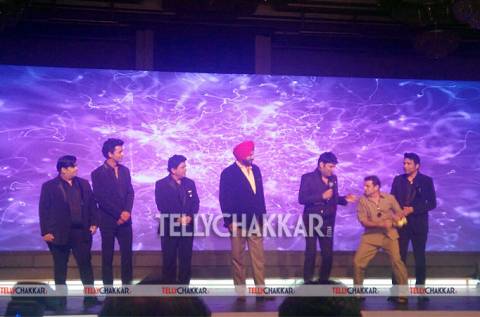 12. 47 PM:  The stars are yet to hit the stage, but they are keeping busy on Twitter. These are their updates:

Promo Launch day for the new show. What should i wear today..Male clothes or female clothes.

12.45 PM- The show will hit TV screens from 23 April on Saturday and Sunday at 9pm. First five episodes will be shot in Filmcity

12.45 PM- Revealing: The talk show has been christened The Kapil Sharma Show. The format will be a talk show with celebrities making appearances (sounds like Comedy Nights with Kapil)

12:30 PM : Breaking News: Suresh Menon will play a ‘walk-in' character in the show. He will be seen donning different avatars 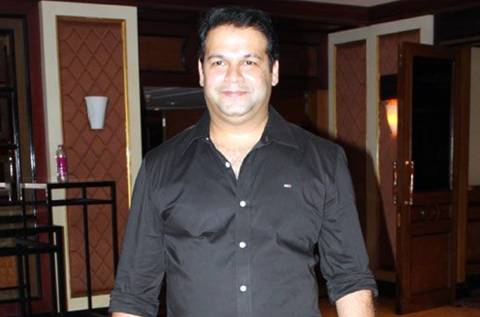 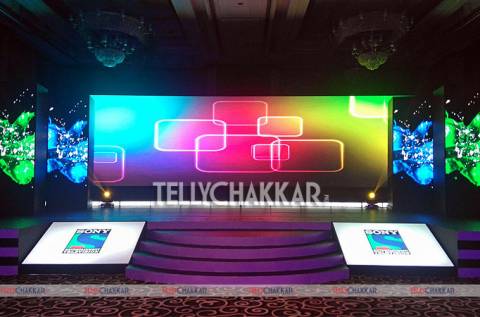 A very good day to all lovely readers of Tellychakkar.com. Time has come to witness one of the most captivating events of recent times, in the space of television programming. The super famous Kapil Sharma, often termed as SRK of small screen, is set to reveal details about his upcoming (read: comeback) show on Sony Entertainment Television. Creator of the cult series, Comedy Nights with Kapil, which redefined television viewing experience for the masses, made news for his apparent animosity with the senior officials in Colors and his decision to bring curtains down on his baby project.

This brings to our live blog today. Kapil Sharma and his gang is set to make some important revelations at the press conference which will be on soon. Our correspondents are there at the venue and we will bring all information live and exclusive to all our wonderful readers. Stay hooked and keep refreshing the page...for we will give you a real time experience of the most talked about event in recent times.

Top Stories
Why has Aryan returned to Bapodra Chawl? Find out on Sony SAB’s Pushpa Impossible
MUMBAI: Sony SAB’s Pushpa Impossible has continued to move its audience with a relatable narrative of a mother whose...
Alibaba - Dastaan-E-Kabul: What! Mariam shocked as Ali knows her
MUMBAI : SAB TV is out with an amazing show by Peninsula Pictures, Alibaba - Dastaan-E-Kabul. The show stars Tunisha...
Yeh Hai Chahatein: Oh No! Armaan’s deadly trick to take back Preesha
MUMBAI: Star Plus’ daily show, ‘Yeh Hai Chahatein’ has a very loyal fan base who adore Sargun Luthra (Preesha) and...
What is a Savings Interest Calculator? Its Importance and More
MUMBAI: A bank account that offers interest on the deposited amount is known as a savings account. Despite the...
Rajjo: Woah! Rajjo in anger, warns Vicky to be in limit
MUMBAI : Star Plus' Rajjo is doing quite well and winning the hearts of viewers. Rajjo, an aspiring athlete from...
EXCLUSIVE! Javed Pathan roped in for Sony SAB's show Dharm Yoddha Garud
MUMBAI: TellyChakkar is back with yet another interesting update from the world of television.  We have been at the...
RECENT STORIES

Must Read! “Bollywood Se Dur Raho Rashmika” netizens on Rashmika Mandanna as she steps out for movie promotion