Mumbai, 02 February 2018: Television’s hearthrob Mishkat Varma and hottie Aneri Vajani became a sensation among the teenage audience post their stint in Star Plus’ popular Nisha Aur Uske Cousin. The duo became friends and their friendship set goals for their admirers. Rumoured to be dating Mishkat and Aneri, have been literally making their fans adore them with their cute antics on social media.

TellyChakkar is one place where all the actions of celebrities are kept a tab on and we are quite successful in it. Under our intense scrutiny, we have found a peculiar yet cute trend followed by the rumoured couple. We observed, while, the beautiful Aneri, who is an ardent member of social media, posts pictures on the platform, her bestie Mishkat only has one response. And that response is ‘wow’!

You read it right. We checked some of the best pictures of Aneri and found that her close buddy Mishkat only has one comment for her - Wow. Clearly the hot lad is fallen short of words to praise the charm of his friend. The cutest part is that, Mishkat doesn’t comment anything else except 'wow' and this has been happening since some time now. It seems he is so mesmerized or shall we say WOWed by Aneri that he can’t think of any other word or description for the alleged girl of his life.

But isn’t that cute? If you don’t believe us take a look at some of their antics. 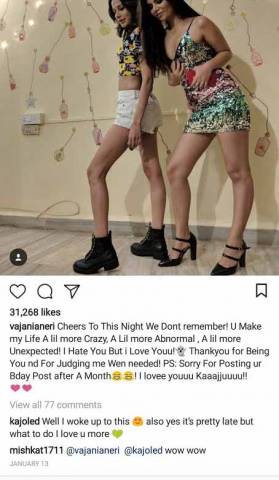 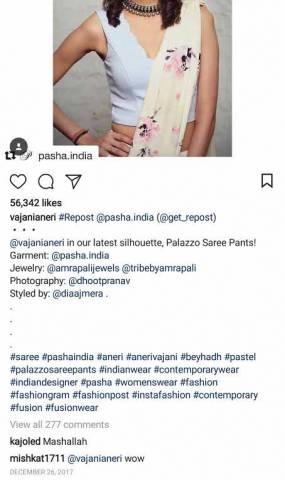 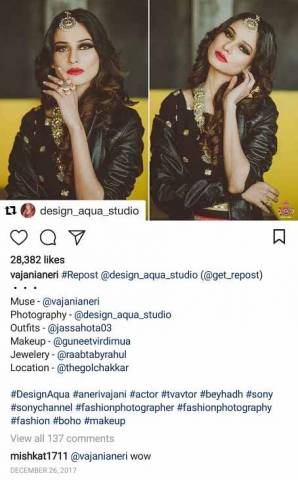 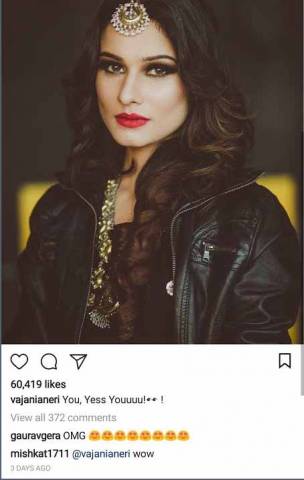 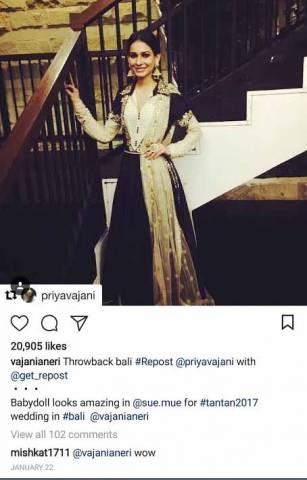 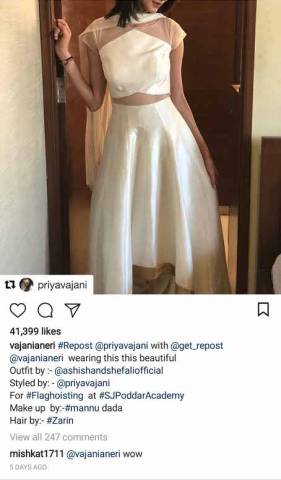 You can thank us later for our observational skills.

We only wish to know what does the Beyhadh fame Aneri have to say about Mishkat’s 'wowraderie'. What do you guys think about this? Comment below your thoughts and also share this everywhere.

Top Stories
Bhagya Lakshmi: Justice Served! Balwinder is trapped, exposes Malishka and her mother too
MUMBAI: Zee TV’s Bhagya Lakshmi has been highly appreciated by the masses from the time of its launch. The show stars...
Woh Toh Hai Albelaa: Trickster Alert! Anjali makes Kanha believes he married her, Kanha tries to keep his distance
MUMBAI: The upcoming episode of Star Bharat serial Woh Toh Hai Albelaa will showcase an interesting twist. The show...
Pandya Store: Raavi earns one lakh rupees, Shiva gets suspicious
MUMBAI : Daily soap Pandya Store has made a place in everyone’s heart with its gripping storyline and intriguing twists...
Shocking! This is what Bhagya Lakshmi’s Aishwarya Khare aka Lakshmi suffers from on the sets due to hectic schedules | Deets Inside
MUMBAI: The masses have highly appreciated Zee TV’s Bhagya Lakshmi from the time of its launch. The show stars Rohit...
WOW! This is what Anjali Tatrari up to these days post wrapping up the shoot of Zee TV's Tere Bina Jiya Jaaye Na
MUMBAI:Anjali Tatrari and Avinesh Rekhi starrer show Tere Bina Jiya Jaaye Na launched on a grand note last year on 9th...
Oops! Taapsee Pannu gets into an argument with a paparazzo, says, “You will talk to me respectfully,” as she attended an event in the city
MUMBAI:  Also read:...
Recent Stories

Oops! Taapsee Pannu gets into an argument with a paparazzo, says, “You will talk to me respectfully,” as she attended an event in the city
Latest Video