OMG! Fanaa-Ishq Mein Marjawan’s Reem Shaikh takes to Instagram to talk about Relationship Status! Who is she dating?

Reem Shaikh is going to play the lead role of Pakhi in Fanaa-Ishq Mein Marjawan.
Submitted by TellychakkarTeam on Thu, 01/27/2022 - 17:10

Reem Shaikh, who began her career as a kid artist, is one star to keep an eye on. She is one of the most admired personas on social media, influencing other fashionistas. Her role as Kalyani in Tujhse Hai Raabta made her famous. Her chemistry with co-star Sehban Azim is also adored by fans.

ALSO READ:OMG! ‘Fanaa-Ishq Mein Marjawan’s Pakhi Aka Reem Shaikh gets smothered with Compliments from THESE co-stars! Details Inside!

Reem will be seen in ‘Fanaa-Ishq Mein Marjawan’ with Zain Imam and Akshit Sukhija.

Shaikh is quite active on social media, sharing secret peeks and glimpses into her life, whether it's on the set or from her personal life. Reem took to Instagram to share a story where she is trying out a filter about relationship status and when she tries her, It shows ‘dating and 'forever single' Reems reaction to it is very funny! 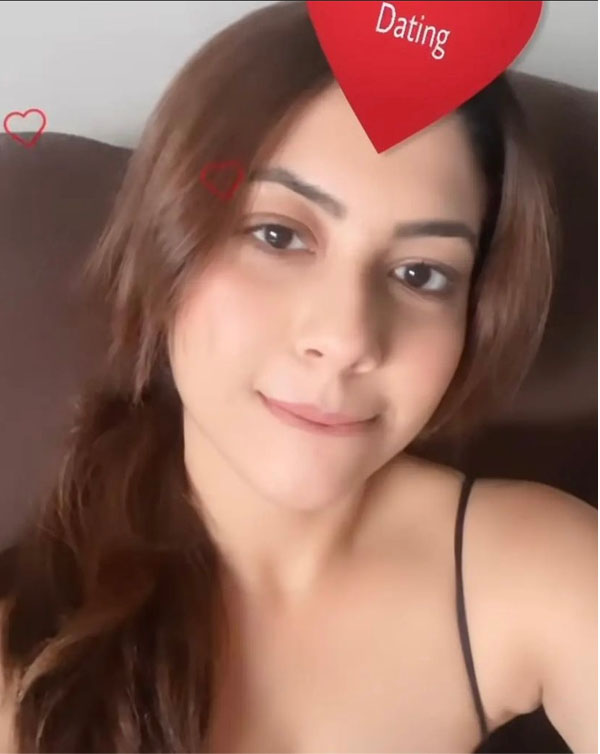 Even though the filter shows dating on another try  Reem currently isn't dating anyone according to reports.

ALSO READ: EXCLUSIVE! 'The obsession and the show is quite HATKE' Paakhi aka Reem Sameer OPENS UP on her character, expectations from Fanaa Ishq Mein Marjawan 3 and more

Top Stories
Pandya Store: Oh no! Gautam refuses to accept money from Dev and Rishita
MUMBAI: The upcoming episode of Star Plus' popular serial Pandya Store will showcase an interesting twist. It was...
Exclusive! This is what Sudha Chandran had to say on the news of her role ending in Colors’ Naagin 6!
MUMBAI: TellyChakkar is back with yet another fashion update from the telly world. TellyChakkar has been at the...
Spy Bahu: Woah! Sejal finally enters the Nanda House as their bahu
MUMBAI: Colors TVs' popular drama series Spy Bahu is about to showcase some interesting twists in the upcoming track of...
Kya Baat Hai! Munawar Faruqui speaks about his bond with his son says “ Want to give him the best and give him everything that he needs especially the things that I didn’t have”
MUMBAI: Munawar Faruqui has become a household name after his stunt in Lock Upp. He emerged as the winner and was the...
Super Sexy!Mouni Roy looks ravishingly hot donning these Metallic outfits
MUMBAI: TellyChakkar is back with yet another fashion update from the telly world. Also read  ...
#YehHaiChahatein: Checkout all the HILARIOUS TAKES on different situations from Rudraksh and Preesha’s relationship!
MUMBAI: Yeh Hai Chahatein is a passionate love story between a famous rockstar, Rudraksh Khurana and a gynecologist, Dr...
Recent Stories