From Usha Ji cutting vegetables to Bhatia Ji eating samosas, what were some of the best moments from Office Office

MUMBAI: Sony SAB has brought one of Indian television’s timeless classics – Office Office back on popular demand and has received tremendous response from the fans. Office Office, is currently airing at 6 PM and 10:30 PM on weekdays, and everyone is reminiscing those golden days with this show. Office Office gave the viewers a reason to laugh while highlighting the problems of a common man, through iconic characters and an amazing script. While every episode of this show brings immense laughter for the audience, we can’t forget some of the most hilarious and entertaining moments from Office Office. 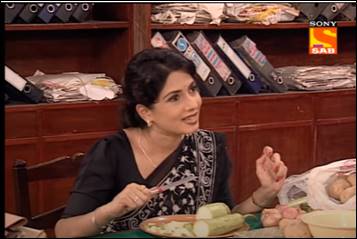 Usha ji (Asawari Joshi) left us all in splits with her multi- tasking as she would often bring her house work to the office. Cutting vegetables, knitting clothes and sewing were some of the cut vegetables at work, for home. While she was at it, she always found a way to make others get vegetables or cut them for her. She didn’t stop at vegetables and was often found making her customers do her work, in various instances, while she gossiped over phone.

Bhatia Ji’s food for thought, rather thoughts for food 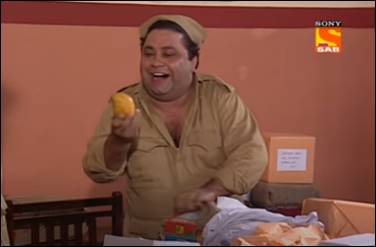 Bhatia Ji’s (Manoj Pahwa) love for food was eternal, I am sure everyone knows – yeh koi aam baat nahi hai. Whether it is as a postman who finds mangoes in someone’s parcel and keeps them for him, or a jailer who takes banana’s from Mussadilal to taste if they are good or stale, to demanding samosa to do any kind of work, Bhatia Ji never left a chance to get free food. 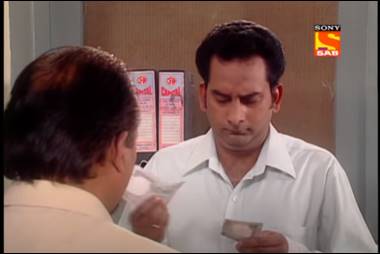 Pandey ji (Hemant Pandey) has his own ways of making his cut from customers, and especially from Mussadilal. He knows how to make profit in every situation like charging for writing an application to higher authorities, reading a letter in English, giving admission forms that have been apparently sold out or getting insurance claims approved. 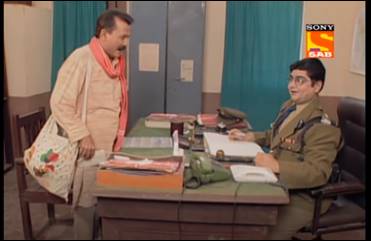 While Mussadilal (Pankaj Kapur), the common man, is always stuck in problems, he has never failed to impress the viewers with his anokha andaaz in all of those peculiar situations. In one of the episodes, Mussadilal Yadav, who is visiting the jail to meet his sister is trying to seek permission for the same from the deputy commissioner, who likes people who speak less. Having rejected applications of other people for asking “May I come in?” the deputy commissioner is impressed by Mussadilal for asking “Ghusu?” followed by other on-word answers 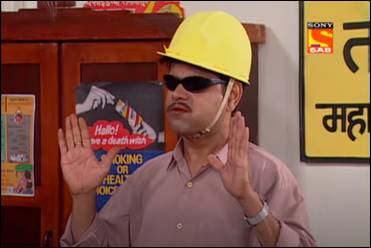 Shukla Ji (Sanjay Mishra) is seen eating Paan which often creates misunderstandings due to his muffled speech and his co-workers are always asking him to spit it and then speak. One of the biggest miscommunications was when his workers destroyed some constructions thinking Shukla ji said “Construction illegal hai, Tod do” but what he actually said was “Construction legal hai, Chhod do”. Due to this, he decides to stop eating paan but we all know that isn’t happening.

Top Stories
Pandya Store: Major Trouble! Dhara has reunited Raavi and Shiva but trouble arises as Suman hears Shiva’s name being called out from Prafulla’s house
MUMBAI: Daily soap Pandya Store has made a place in everyone’s heart with its gripping storyline and intriguing twists...
Mithai: Power Move! Sid on his way to expose the culprit behind the acidic mehendi
MUMBAI : Zee TV's show Mithai is a remake of a Bengali serial of the same title. The show has Debattama Saha and...
Amazing! Check out This unseen audition video of the Kundali Bhagya actor, 'Sanjay Gagnani' aka Prithvi Malhotra
MUMBAI: Sanjay Gagnani is one of the most celebrated and talented actors in the telly town. His journey so far has been...
EXCLUSIVE! BALH 2 fame Aanchal Khurana aka Brinda who owns a clothing brand reveals she would love to dress up THESE Bollywood actors
MUMBAI: Aanchal Khurana is currently seen playing the role of Brinda Shkehawat in Sony TV's show Bade Achhe Lagte Hain...
EXPOSED! Samar aka Paras Kalnawat exposes this Nibba-Nibbi conversation on the sets of Anupamaa
MUMBAI: Two years and Anupamaa hasn't left the top shelf of the TRP ratings, the performances are indeed breathtaking...
Exclusive! “Khuda Haafiz: Chapter 2 is a physically dynamic movie”, says Faruk Kabir
MUMBAI: Ever since the trailer of the movie Khuda Hafiz Chapter 2 was out the fans were eagerly looking forward to the...
Recent Stories