What! Akash Dadlani and Dhinchak Pooja are getting close?

Mumbai: What? Well this piece of news has shocked the hell out of us. Bigg Boss 11 fame Akash Dadlani and rap queen (pun intented) Dhinchak Pooja are getting close to each other.

The speculations began in Casting Director Shadman Khan and Salman Khan’s birthday party, on 8 February. The duo hosted a birthday party in a club in Juhu. The bash comprised of celebrities like Vikas Gupta, Akash Dadlani and Dhinchak Pooja among others and apparently, amidst all the Bigg Boss 11 contestants, everyone’s attention drew towards the rapping stars Akash Dadlani and Dhinchak Pooja.

“Infact, it was only yesterday (22 February), that he was partying with her at a club in Andheri. This doesn’t look like friendship for sure,” the source claimed.

When we contacted Shadman Khan, the man on whose birthday party the whole murmurs started, he refused to comment. Shadman, who has cast for various TV shows said, “I can’t talk whether they are seeing each other or not, but yes he was getting cozy with her.” 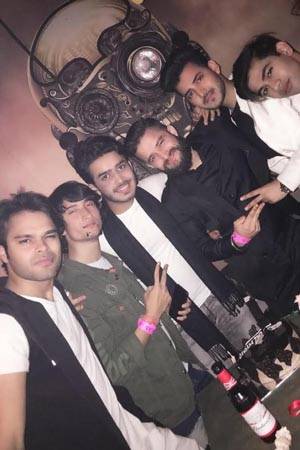 Well, if that is something for real, we are surely amazed. Don't be surprised if the duo releases a rap single soon!