Swastik Productions’ Manmarziyan on Star Plus that hit the tube recently has been gaining immense positive response from the audiences.

Manmarzian definitely has come as a breath of fresh air for television audience with its relatable storyline and unique production value. Helmed by the talented Siddharth Kumar Tewary, this light in feel show is a stark contrast to his earlier project Mahabharat on the same channel.

We give you five reasons why Manmarziyan is definitely a must watch show...read on:

Now how many TV shows today make people realise the value of dreams and aspirations? Bringing the value of ‘self identity’ as the core subject, we have Radhika and Samaira, two souls from different worlds, heading towards the same destination. We are sure all those people who have been wanting to make it big in life will get inspired from Manmarziyan and wake up from their dreams to make it come true! 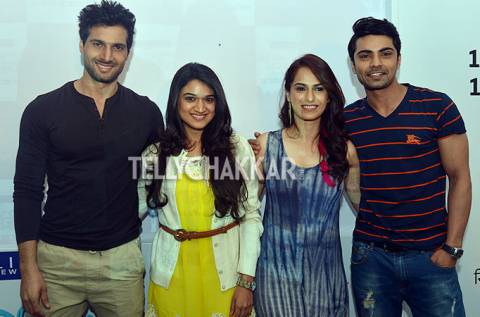 Thankfully, Kashmira Irani decided to make her comeback with this show. Samaira would have been nothing without her. As for the new face Monica Sehgal, girl you are just too cute! With the spotlight on them throughout, we have no reason to complain as they are bang on with their performances. Also, a special shout out to Vidyadhar Karmarkar who plays Radhika’s dada ji, he is just too adorable!

Well, we are sure the Rishikesh tourism must be thanking Siddharth Kumar Tewary for projecting the city so beautifully. Manmarziyan is a visual treat, what with its grand scale of production. We are packing our bags for Rishikesh on our next holiday…aren't you?

The overdose of saas bahu sagas take a break with friendship being the backbone of this tale. As we see Radhika and Sam coming together, we can relate to a sudden encounter turning into a lifelong friendship too. Also, the way Neil stands up for Sam proves that ek ladka aur ek ladki CAN be friends! 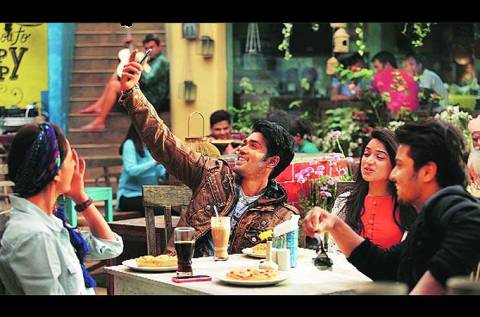 Ever wondered what works on TV? Well, with the youth getting hooked on to relatable shows and others enjoying typical drama, Manmarziyan definitely gets a thumbs up from both quarters. The refreshing tale has the required twists and turns, but presented in the simplest way making it the choice of the hour.

Top Stories
SAD! Television couples who went through a bitter separation
MUMBAI: Breakups, linkups and rumours are a part of every actor's life. The actors are always in news for such things...
AUDIENCE PERSPECTIVE! With Vanraj’s changed behavior, will the kids regret getting Anupamaa married to Anuj?
MUMBAI: Two years and Anupamaa hasn't left the top shelf of the TRP ratings, the performances are indeed breathtaking...
Exclusive! I want to make films in different genres, but comedy is my favourite: Anees Bazmee
MUMBAI : Filmmaker Anees Bazmee has no doubt made a strong mark not only at the box office of India but also in the...
Shocking! Amreen Bhat shot dead in a terror attack
MUMBAI: In the terror attack in the Budgam district, a 35-year old artist, Amreen Bhat and her nephew were shot.Amreen...
Interesting! Netizens call out Neha Dhupia for her overreaction to paparazzi
MUMBAI: Neha Dhupia is one of the talented actresses in Bollywood. She is married to Angad Bedi and is known for her...
Exclusive! This is the reason why Kanika Mann couldn’t make it to the shoot of Khatron Ke Khiladi 12
MUMBAI: Tellychakkar is back with yet another update from the tellyworld.Also Read: ...
Recent Stories

Interesting! Netizens call out Neha Dhupia for her overreaction to paparazzi
Latest Video