Why Nach Baliye 7 is lackluster

One of the most anticipated dance reality shows, Nach Baliye, made its seventh season premiere last night (April 26, 2015). It was lackluster, to sum up. It lacked the basic element a reality show needs, 'the tadka' factor. We tell you five things that went wrong with the show. 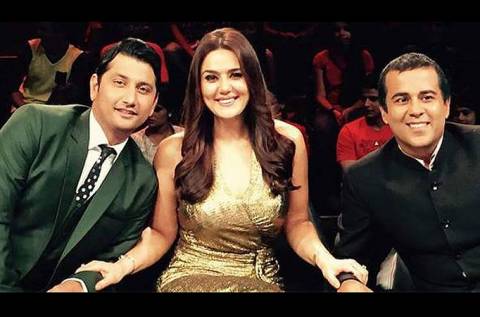 It's okay to introduce judges from various fields, but a bestselling author commenting on your dancing skills is simply unbelievable! Chetan Bhagat himself looks uninterested in the whole process, while the dimply Preity Zinta is cashing in on her zingy vibe, and Marzi Pestonji seems to carry on his DID hangover. We are inclined to give them the benefit of the doubt and see how the show progresses in the future. 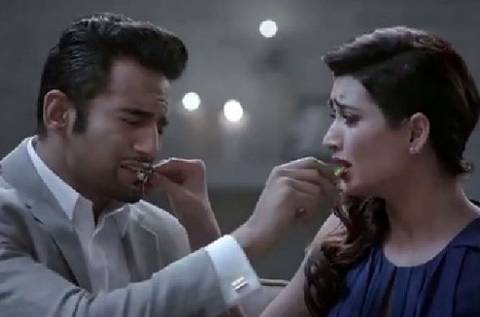 We are not against love overdose on reality shows, but showing us too much of drama when it's not necessary can put us off. Like the episode last night, there were many plots to the dance show, what with a couple eloping, another couple being friends for over a decade and a couple from another reality show...uff. Give us a break, already! We want to watch then dance...not do 'too much', which the show is supposed to be. 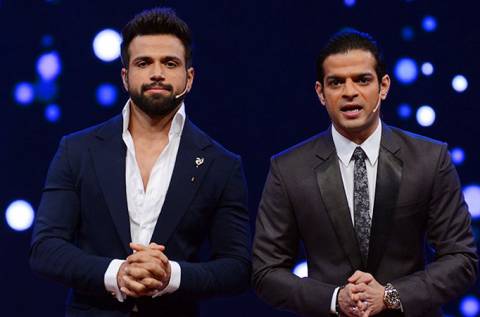 For a show that keeps talking about chemistry among the couple, there's a glaring absence in the chemistry between the hosts (Rithvik Dhanjani and Karan Patel). They seem like they were forced to stand and make small talks. Once again, we will give them some time to settle in before we start judging them. But it's true that their skills could be polished further to make the dance reality show a fun affair. They might want to take cues from their counterparts from Jhala Dikhhla Jaa. Ahem. 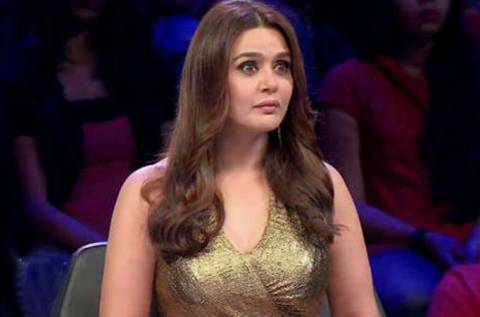 We understand that she wants to come across as an awesome judge who's loved by all, but her confusing scoring system is not going to land her that tag. She was rather lenient and sometimes unfair when giving points to the participants. Again, we are sure that she would pick up the intricacies of the judging in the weeks to come.

This was our thought, what is yours? Did you guys have fun watching it? Which performance made you jump out of your seats? Let us know in the comments section below...

Permalink Submitted by Rush (not verified) on Mon, 04/27/2015 - 20:27
Everything is lacking this season! Judges are boring! So are the hosts, and the whole thing.. Basically lives up to the title " Nach - too much" I got bored to death after 15 mnts! and judges scoring and comments.. Waste of a show!

Permalink Submitted by NP (not verified) on Tue, 04/28/2015 - 00:10
I totally agree with review , this season is boring and so are judges especially Chetan bhagat. He is doesn't know anything about and is very bad! Nach baliye is about dancing so the show should focus on that rather any other big boss type of drama !

Permalink Submitted by zeenay (not verified) on Tue, 04/28/2015 - 10:24
nach baliye 7 is d worst season ever...everything was extremely fake and dumb judges were showing dere dumbness in every 5mins..ekta kapoor has made dis reality show a fiction drama..

The voice India by And TV

Permalink Submitted by Leela Arora (not verified) on Tue, 04/28/2015 - 12:10
The voice India by And TV should be awesome. Milkha Singh vs Shaan vs Sunidhi Chauhan :D

was disappointed with this

Permalink Submitted by Kareena Khanna (not verified) on Tue, 04/28/2015 - 12:15
was disappointed with this show hopefully that Voice show on And TV lives up to the hype.

Top Stories
BIG Update! Indian sprinter Dutee Chand quits dance reality show Jhalak Dikhhla Jaa, Scroll down to know the reason
MUMBAI : Colors' Jhalak Dikhlaa Jaa is one of the popular dance reality shows in India. Recently we saw the entry of...
WOW! Simba Nagpal and Amandeep sidhu shake a leg on the sets of Naagin 6; Pratik Sehajpal captures the moment
MUMBAI : Ekta Kapoor’s Naagin has gone on to become one of the most iconic shows and one that leads the way for a lot...
Pushpa Impossible: Oh No! Pushpa gets an offer from Nanavati, Pushpa dejected
MUMBAI :Sony SAB's new show by Ace TV producer and actor JD Majethia, titled ‘Pushpa Impossible’, has begun to make a...
Maddam Sir: Interesting! Karishma trick of solving the case brings Radha to MPT
MUMBAI : Sony SAB's Maddam Sir is one of the most popular cop based-comedy drama series on the small screens. The show...
Dharm Yoddha Garud: High Drama! Maa Parvati refuses to accept Bal Ganesh
MUMBAI: It’s been a while now since Sony SAB rolled out the show titled, ‘Dharm Yoddha Garud’. Garud is a mythological-...
Wagle Ki Duniya: New Drama! A mobile phone has got everyone crazy, Will Rajesh buy it?
MUMBAI : ‘Wagle Ki Duniya - Nayi Peedhi Naye Kissey’ is winning the hearts of fans with its episodes based on various...
RECENT STORIES