Aww! Check out the Remix dolls made by fans of Priya Wal aka Ashi and Raj Singh Arora aka Yuvi

MUMBAI: Remix was a popular youth show that was telecast on Star One. It was the debut show of Karan Wahi, Raj Singh Arora, Shweta Gulati, and Priya Wal. Remix revolved around the lives of 4 teenagers, Tia, Yuvraj, Avnesha, and Ranveer, and their music group Remix.

The characters Ranveer, Yuvi, Tia, and Anveesha had become a rage among the youth, and their fan following was massive.

The serial is still missed by the audience, and they still demand a second season of the show.

Every early 90s' kid related to the characters.

Now, Priya Wal shared a post where fans made little dolls of Ashi and Yuvi and took us all back to the days of Remix.

When the show completed 15 years, fans had demanded a rerun but in vain.

The show was produced by Shristi Arya and Goldie Bhel and was a huge success.

At one point, there was news doing the rounds that the show would be coming with season 2, but producer Goldie confirmed that it was a rumour and they don’t plan to make a season two. 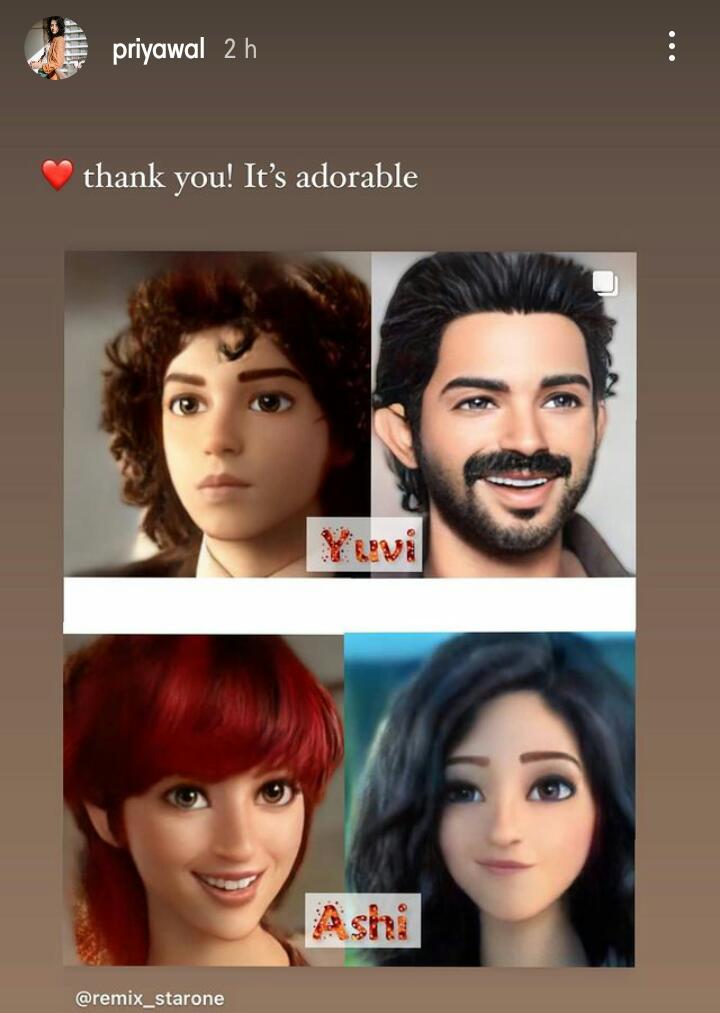 Top Stories
OMG! These actors refused the role of Krishna Dhanraj Choudhary aka Kanha in Woh Toh Hai Albela
MUMBAI: Woh Toh Hai Albelaa is a recent show that is launched on Star Bharat. The story is on the lines of the movie Om...
Hilarious! The Kapil Sharma Show: This is how Chandan Prabhakar annoyed Akshay Kumar
MUMBAI: The Kapil Sharma Show is one of the most loved reality shows on television. The trio of Krushna Abhishek,...
Shocking! Aishwarya Rai Bachchan’s Cannes outfit by Bobo Calcutta, a work of Plagiarism?
MUMBAI: Aishwarya Rai Bachchan has made many appearances at the prestigious Cannes Film Festival that generates ample...
Exclusive! We are here because of the love of fans, but they should draw a line while giving feedback: Vishal Singh
MUMBAI: Vishal Singh has been winning the hearts of fans all over with his acting contribution. We have seen his talent...
Glamorous! Niti Taylor looks alluring in these one piece dresses
MUMBAI: TellyChakkar is back with yet another fashion update from the telly world. Also read ...
Powerful! Kareena Kapoor Khan backs Amrita Arora after she was age-shamed
MUMBAI: Kareena Kapoor Khan and her friendship with the Arora sisters, Malaika Arora and Amrita Arora isn’t news to...
Recent Stories