MUMBAI: Parth Samthaan is one of the most popular and handsome television actors. The lad, who has been a part of several projects, has been wooing viewers with his acting chops and good looks, Known for his performance in Kasautii Zindagi Kay 2, he has a huge fan following.

The actor is quite active on his social media accounts and keeps updating his fans about his whereabouts.

Parth has a massive fan following, and his fans bestow a lot of love and support on the actor. He has a lot of fan clubs dedicated to him.

(ALSO READ : Erica-Parth's reaction is UNMISSABLE on seeing themselves in Kasauti Zindagii Kay 2)

Well, to be in this list among superstars like SRK, Hrithik, Varun, Tiger, and Siddarth Malhotra is a huge achievement. It time for all Parth fans to celebrate.

His fans are super excited and cannot stop control their joy.  They say he deserves every bit of success.

There is no doubt that Parth has a fan following not only in India but also overseas.

Well, the hunk will next be seen in an ALTBalaji web series.

For more news and updates on television and movies, stay tuned to TellyChakkar.

(ALSO READ: Erica-Parth's reaction is UNMISSABLE on seeing themselves in Kasauti Zindagii Kay 2) 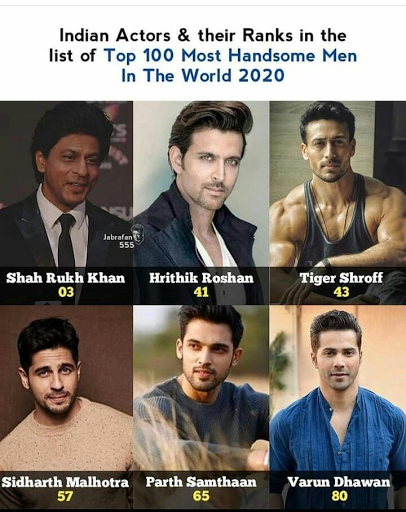