AUDIENCE VERDICT! No amount of good acting can save the show now - Netizens react on Anupamaa

Barkha shocks everyone by approving the marriage and she is keen to have Pakhi as her brother Adhik's wife because she knows if Pakhi adds to their family then their business prospects would turn beneficial. Anupamaa knows the truth behind Barkha's support, she becomes extremely protective of Pakhi.

MUMBAI: Two years and Anupamaa hasn't left the top shelf of the TRP ratings, the performances are indeed breathtaking and extremely relatable. Anupamaa is the most loved show on television right now, with TRPs of nothing less than 3.0 on a weekly basis. Its gripping storyline and mind-blasting twists keep the audience glued to their screens. Fans and viewers have connected to Anupamaa so profoundly that they do not miss even a single episode of the show.

Also read: VIEWERS SPEAK: Netizens highlight the inconsistent writing and lack of logic in the current track of Anupamaa

Currently, in the show, Anuj and Anupamaa bring Choti Anu home. The family members are not ready to understand their reason for really adopting a child at this age. On the other hand, Pakhi drops a bomb by revealing that she wants to marry Adhik. Both the families and Anupamaa are taken aback listening to Pakhi's demand. Is Adhik ready to marry?

Anuj and Vanraj end up in a major face-off because of Pakhi's adamant wish to marry Adhik. In this fight, Anupamaa gets another shock when she sees Samar supporting his father and not Anuj.

Well, netizens are upset with the makers and reveal that no good acting can save the show anymore as they are ruining the plot completely. Check out what the viewers had to say: 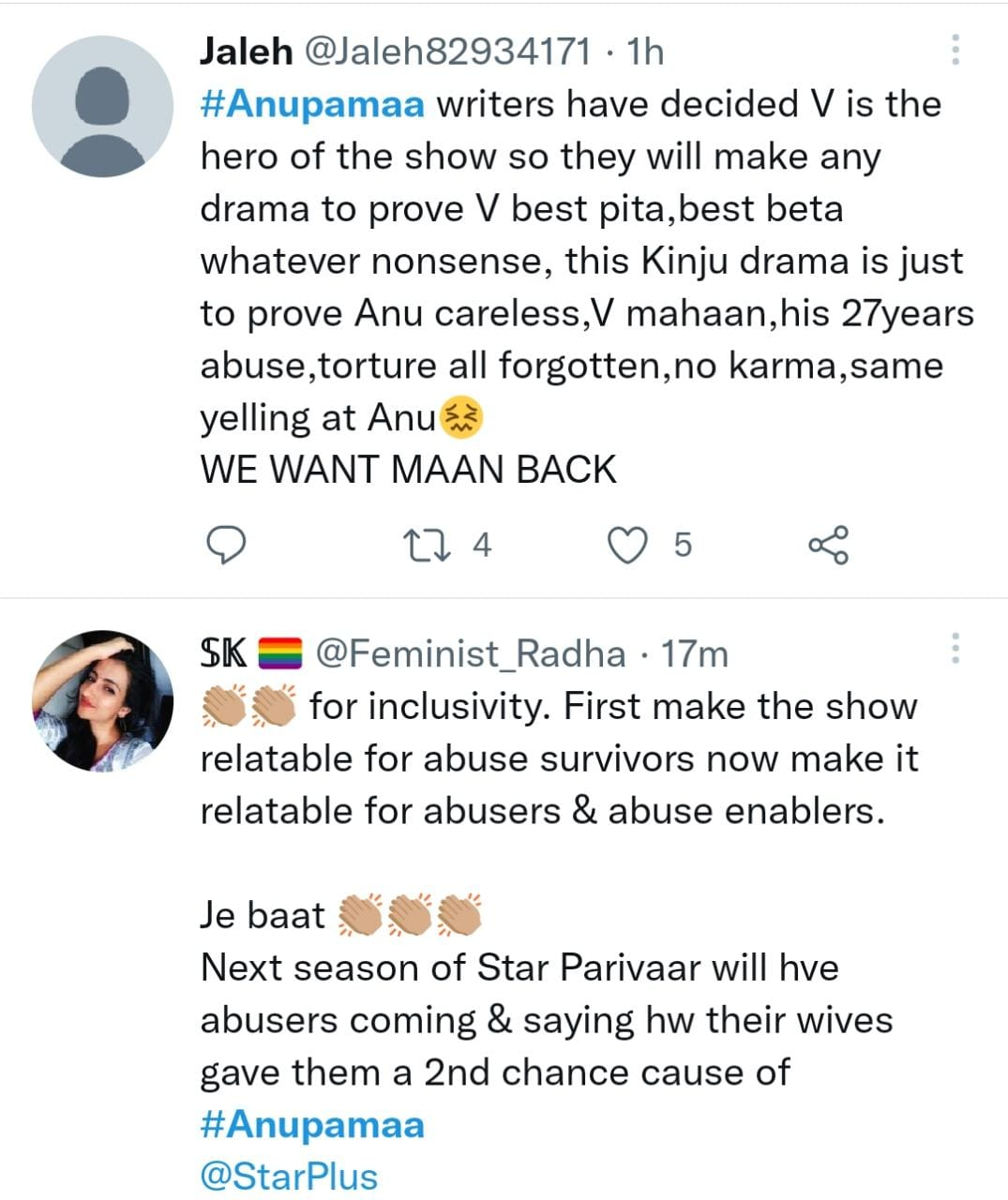 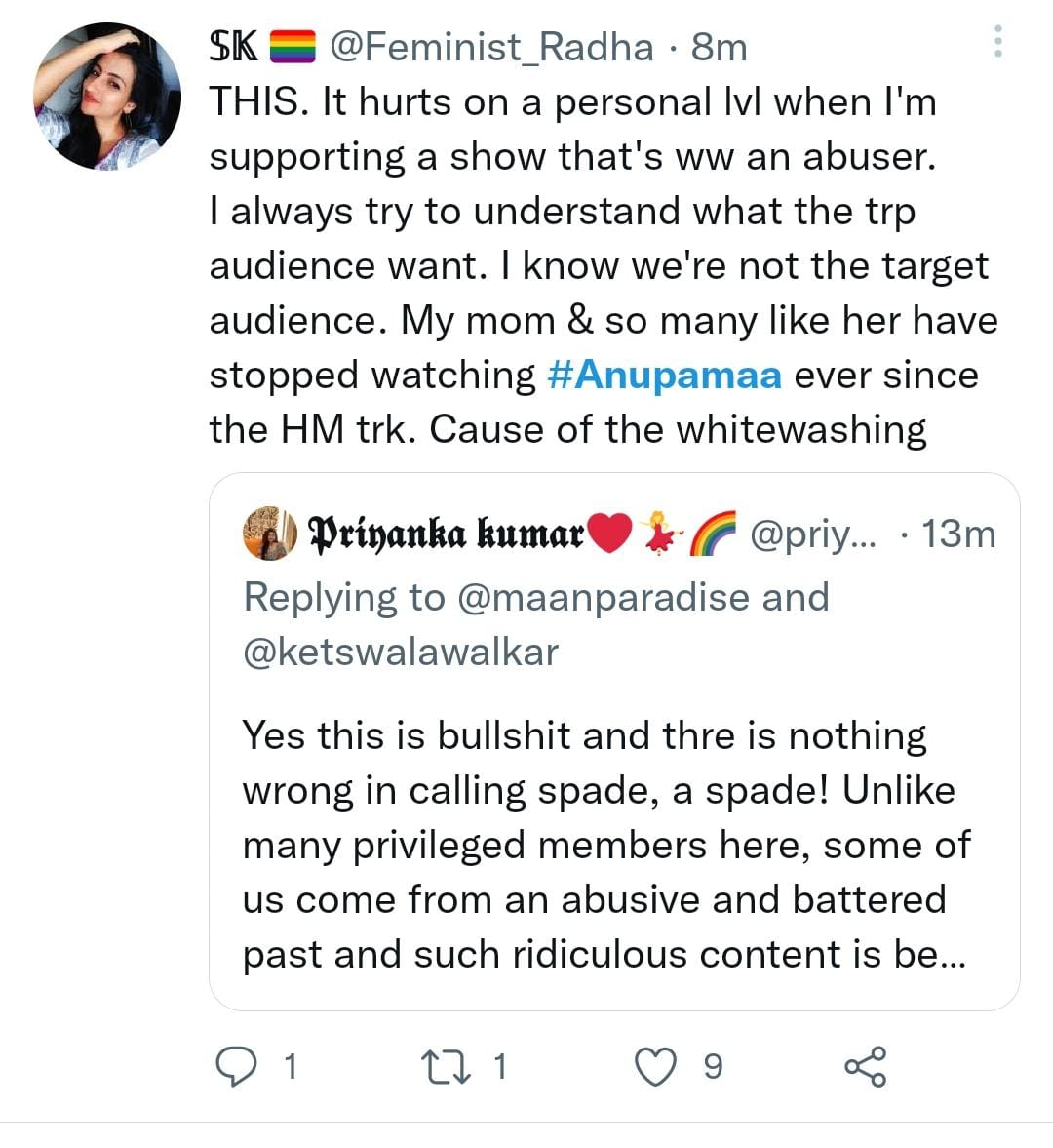 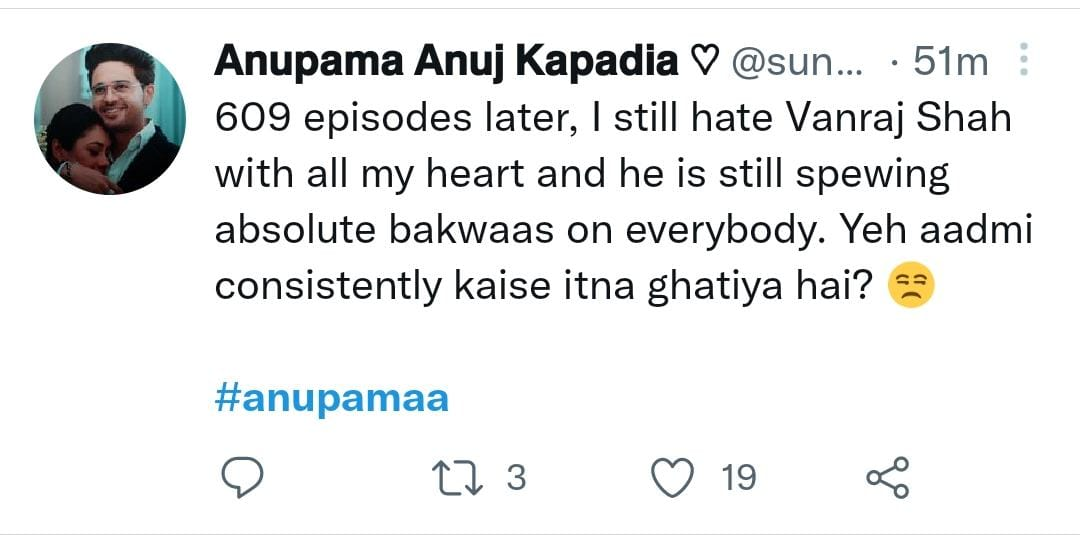 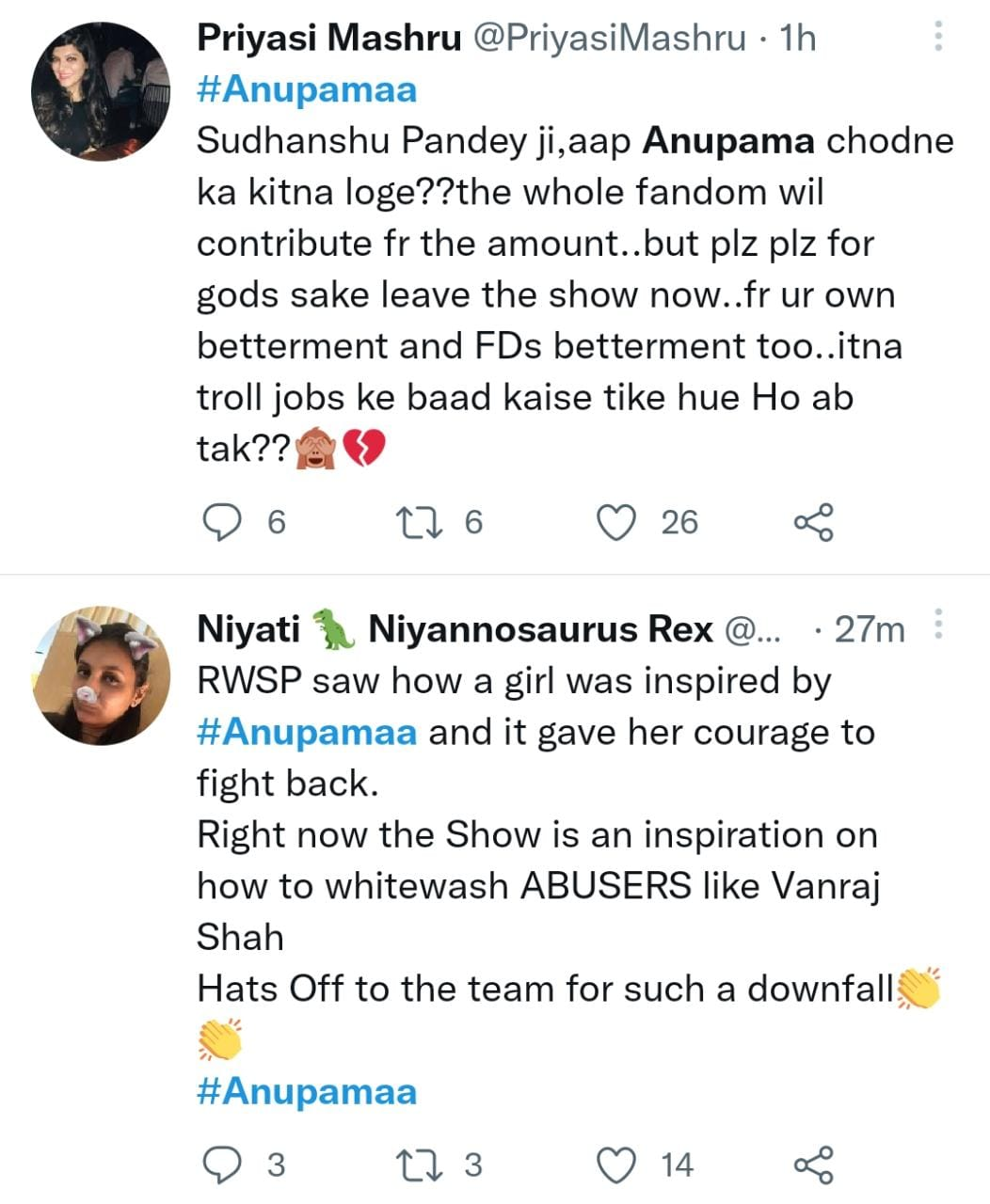 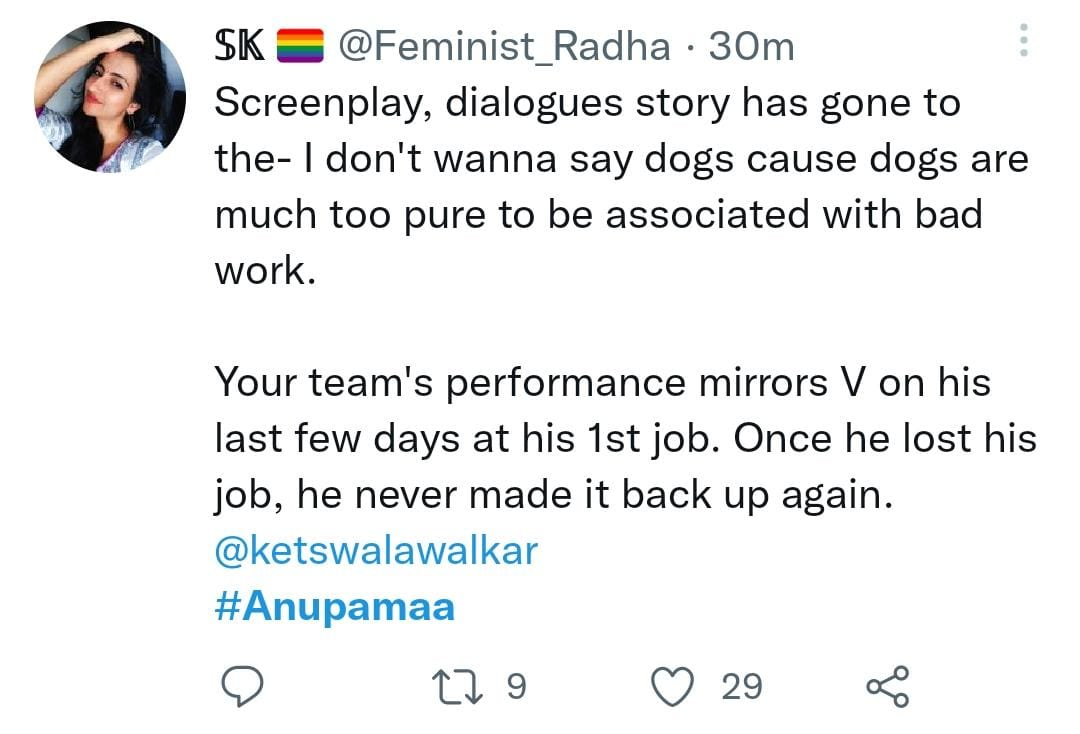 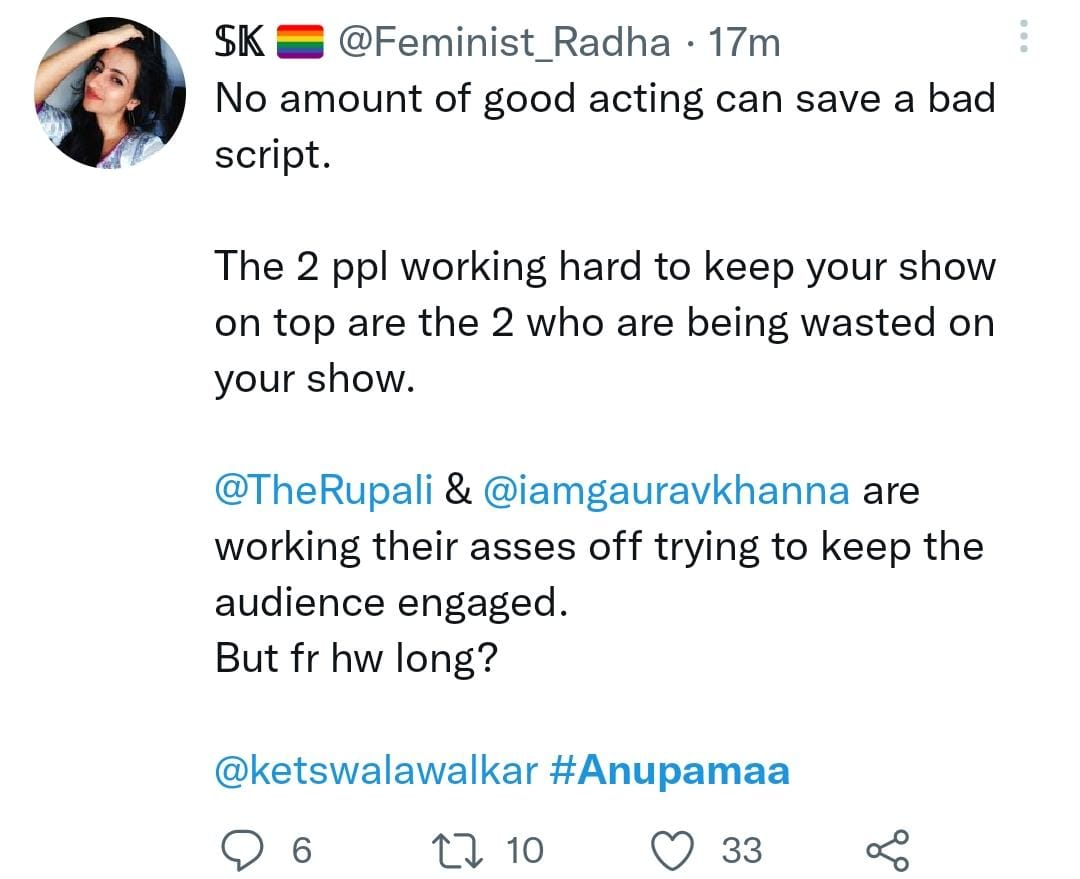 In the upcoming episode of the show, Barkha and Anupamaa will end up in a major confrontation, and despite Anuj trying to bring a solution he will fail. In Barkha's pressure and their own plan, Adhik will agree to marry Pakhi. Looking at this, Vanraj will get reminded of his past mistakes and would call it Karma biting back at him that he is seeing his own daughter get married to a casanova like Adhik. He knows that Adhik is using his daughter but Pakhi refuses to understand.

Anupamaa will try to speak to Pakhi but her brutal words will pierce through Anupamaa's heart like swords. Amid all this, Anupamaa will find comfort in Choti Anu and she decides to let Pakhi fall on her feet.

Anupamaa: Trouble Time! Barkha looks for chances to create trouble for Anupama, doesn’t like her being with Anuj